No products in the cart.
₹ 0 Cart

How Daytime Naps Can Help You Out?

Naps are basically the mini sleeps that we try to get in during the busy day just to give ourselves a bit more comfort and rest to stay active for rest of the day. While most of us love the concept of taking daytime naps especially during the afternoon after having a meal, do you know how such naps can benefit your health? Here we will give you a glimpse of how naps can lead to a healthy life.

A study conducted on participants who napped for a max of 30 minutes found that it improved the performance when it came to the cognitive tests of vigilance and memory. The people who napped for more than 20 minutes felt groggy, but the people who napped for a time between 10 to 15 minutes experienced an immediate boost in their overall performance for the day.  Seeing this, we have countries like Japan who have implemented a mandatory nap time in their office schedule immediately after the afternoon meals so that the employees can work actively and alertly.

A study conducted on the participants also found that people who had naps had a proper control on blood pressure. This indeed has helped in the reduction of coronary mortality. With naps, the cardiovascular stress levels are well managed. So if you are having blood pressure, consider taking proper rest apart from having a healthy diet with the prescribed medication by the doctors.

The study was conducted to know how small naps impacted the behavior of human health. Participants were shown the faces of different expressions like Anger, Fear, and Happiness at two different timings of the day that is noon and evening. People who had nap sleep in the noon were able to react much calmly when compared to the people who people who were disappointed to see the Angry and Fear faces in the evening. 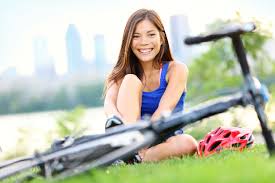 As per a recent study, it was found that a nap sleep of 40 minutes helped in improving the overall performance by 34% and alertness of an individual by 100%. If you are planning to go on a long drive to another nearby city, it’s suggested to have proper naps at regular interval as that will keep you away from the sleep drowsiness. 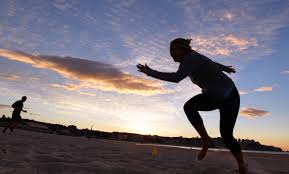 People who go for naps tend to be more creative than the ones who sleep in a normal pattern (Day and Night). It enhances the creative thinking and boosts the cognitive processing of the mind. With a good nap, the body willpower boosts and your brain is not drained out from day to night.

If you are not able to take mid time naps then we suggest you go for a 10 to 15min break to either take rest or meditate. They will also soothe and calm your mind giving you the required energy. You can also go for a brief breathing exercise (inhale and exhale) for 5 to 10 seconds as well as an alternative.

PrevPreviousHow To Buy A Mattress That’s A Perfect Fit For You
NextHow Does Your Health Get Affected With Lack Of Sleep?Next